Position on the FuelEU Maritime Proposal

Independent fuel suppliers contribute with expertise, sound consumer knowledge and an established, comprehensive infrastructure to the EU GHG reduction goals already by delivering low carbon, energy efficient products in an affordable and competitive manner. Thus, they have a strong track record in contributing to the EU targets for renewables, being the first to supply biofuels to Europe’s energy market as early as 1992. The independent suppliers of fuels are showing their commitment to and flexibility in embracing new policies and delivering new solutions frequently. Since they are not producers they enjoy the freedom to diversify the products that they supply to the consumer. However, the predictability and reliability of policies and regulations are prerequisites for investments in renewable and low carbon fuels.

The MEW supports the greenhouse gas (GHG) emission targets of the European Union, which puts ambitious reduction goals to the entire transport sector, one of it being the Maritime transportation. We also welcome the focus on limiting the greenhouse gas (GHG) intensity of energy used on-board, considered from a well-to-wake long-term perspective, in line with the principle of technology neutrality.

Regarding the regulated entities, MEW strongly believes that the obligation shall apply to shipping companies as proposed by the European Commission. This is crucial to create a demand for renewable and low carbon fuels in the maritime transport sector, building on existing regulatory requirements such as the Monitoring, Reporting and Verification Regulation, while ensuring a level playing field for European bunker suppliers and preventing carbon leakage. This is fully evidenced in the European Commission impact assessment, which also recognises that existing requirements on fuel suppliers under the Renewable Energy Directive (RED) and the Alternative Fuels Infrastructure Directive (AFID) have not achieved to trigger the deployment of renewable and low carbon fuels in maritime transport.

It is essential to examine the obligations arising from this regulation and their impact on industry and consumers in the context of the 'Fit for 55' proposals, most important the proposals for the RED review and the AFID. Moreover, the RED review favours a limited number of technologies which is squeezing parts of the FuelEU Maritime Directive proposal.

Maritime transport is THE utmost competitive international sector with ports competing globally rather than in Europe. The bunkering strategy has a huge impact on transportation costs, consequently the fuel price is the determining factor and ships leverage the flexibility when bunkering and would even accept detours – as seen i.e. as California raised bunker-fuel tax in 1991 (the market never really recovered after this shock), or recently in Hong Kong Covid-19 restrictions in 2020.

Regional regulations often risk to leave unintended backdoors and in this case, the MEW welcomes the EU-regulation as a first step to a worldwide agreement under the head of the International Maritime Organisation (IMO).

In order to proliferate and ease this process, the RED proposal needs to be adopted in order to promote a faster market supply of renewable fuels. We are convinced that options to reduce GHG emissions by using renewable fuels would be better accepted across the industry rather than rules and sanctions.

The MEW is convinced that fossil free fuels need a broader approach and their market introduction would be faster and more successful if parts of the Fit-For-55 package such as RED would not limit technologies. The spread of PtX technologies would grow much faster and penetrate the markets if they were not restricted to the maritime and aviation sector.

The availability of second generation biofuels derived from bio residues is rather limited across EU countries. Suppliers of renewable fuels have to comply with the RED sustainability criteria – or, alternatively have to pay penalties. For fuel suppliers therefore, it is essential to avoid a shift of the scarce renewable fuels from the road to the maritime sector.

The MEW calls on the European Parliament and the Council to consider the displacement of fuels currently not allowed at Union ports. Since the all-over aim is to reduce GHG worldwide, and bunkering fuels of fossil origin constitute of by-products of refinery processes, it is essential to prevent the export of these by-products outside Europe but instead allow for other usage as source of energy due to the fact that controlled combustion on board would at least emit less CO2 than uncontrolled combustion in power plants of other regions. 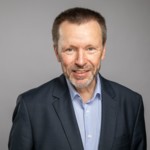 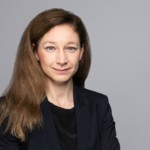